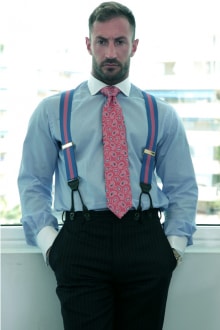 Caleb doesn't just play the bad boy , he really is the bad boy. This tough, straight, kickboxing Spaniard with his rock hard abs, brings a bit of rugged real-man action to the mix.
We've always had a soft spot for a hard straight guy at Menatplay and when Mr Roca gets down to some man fucking its full-on hard-core action. There aren't many in our stable of guys that can match up to the perfection of his physique either.He's a total Alpha male with such a meteoric sex drive that we just have to line up the men in front of him and he'll just fuck their brains out. Get a taste of him in his first solo with us "introducing Caleb Roca", then maybe step it up a notch and see him rip the suit of Muscle God Flex's back before fucking him over his desk. And definitely don't miss his threesome with the handsome Logan Moore and hairy stud Jessy Ares in "Double Strike". If you like your straight studs tied up try "101 things to do with a straight guy" where we got Denis Vega and Paco to play with this restrained hunk of beef. Which ever of his scenes you choose you wont be disappointed with the site of his guys explosive butt fucking action.